For almost 50 years, it has been providing its nuclear engineering expertise for reactors, fuels and associated facilities, and offers its customers solutions and products that meet the highest standards of safety and availability. 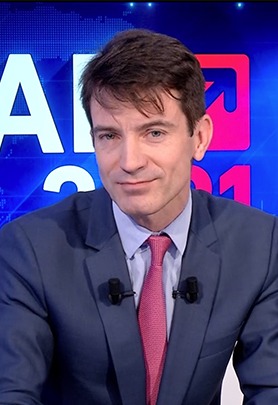 A message from the

2020 was the year of Covid-19, an unprecedented pandemic in terms of its global economic and social consequences, the extent of which are still far from being fully known. For TechnicAtome, 2020 was also a year of major events that have enabled us to consolidate our role as a key player in naval propulsion, specialising in compact nuclear reactors, at the crossroads of the civil and military nuclear sectors.

Naval nuclear propulsion was more than ever in the spotlight during 2020:

The Suffren 1rst the first nuclear attack submarine (SNA) of the Barracuda generation, made its first sea trip in April, followed by a test campaign confirming the perfect operation of the nuclear steam supply system developed by TechnicAtome, culminating in the ship's reception on 6 November, in the presence of the Minister of the Armed Forces.

2020 was a year marked by operational results in line with expectations, including the start of power operation of the test reactor and the installation of the Jules Horowitz Reactor pile block at Cadarache.

TechnicAtome's revenue was down in 2020 given the circumstances but our financial position has further strengthened with high financial ratios that are even higher than in previous years. The order book continues to fill up and recruitment has been actively pursued with the company's headcount reaching over 1,700 employees.

As regards health, we have taken a pragmatic attitude in order to ensure our employees unfailing protection, while keeping our operational activity as close to the optimum as possible. The period of interruption was kept to the minimum desired by customers, teleworking on a large scale enabled our project engineering team to largely continue its assignments and, finally, the decision to keep sites open all year round, in strict compliance with demanding barrier measures, enabled us to maintain a fairly high level of interaction between our employees, which is a guarantee of well-being in the workplace and collective efficiency.

2021 looks set to be a year in which we will consolidate achievements, despite an epidemiological situation that has not yet stabilised. Continuing the development of the Barracuda SNA series, starting studies for the future aircraft carrier, beginning the implementation phase of the third-generation Device-Launching Nuclear Submarine (SNLE) programme and moving on to the detailed design of the Nuward modular civil reactor project, besides numerous other projects, are the tasks that will keep our growing workforce resolutely busy.

With our unique expertise in nuclear propulsion, our operational results and our ongoing projects, we are fully confident, committed and ready to meet all these challenges.

Chairman and Managing Director of TechnicAtome

Our dominant activity is nuclear naval propulsion. In addition to this central pillar are complementary activities identified in the Cap TA strategic plan defined in 2018:

For the engineering of nuclear defence facilities

TechnicAtome offers its expertise in nuclear engineering for reactors, fuels and associated facilities, and provides its customers with solutions and products that meet the highest standards of safety and availability.

TechnicAtome combines its experience as a designer of naval propulsion nuclear reactors and an operator of nuclear defence facilities. Throughout successive generations, the nuclear submarines of the French Navy have been propelled in complete safety by compact nuclear reactors designed by TechnicAtome.

For almost 50 years, TechnicAtome's staff has been involved in French and international projects, designing and producing reactors and research facilities, or systems for nuclear power generation.

" Solid financial results, with a high level of activity in 2020 and a full order book allowing us to contemplate the future with confidence " 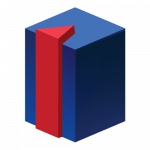 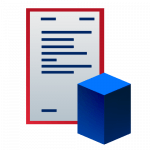 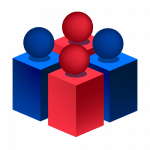